In 1997, three friends who played string instruments and shared a common interest in learning traditional Jewish folk music began getting together on Sunday mornings.
From this seed, a band has grown and the Sinai Mountain Ramblers are proud to call themselves “The only Klezmer band in Guilford County.”

Clarinet was added to the original string trio in 1999. This really filled out the sound and allowed the band to dramatically expand its repertoire.
Later on the addition of upright bass and melodica gave us our current line up and our biggest sound yet.

Performances by the Sinai Mountain Ramblers includes lots of traditional Klezmer tunes from Eastern Europe as well as original compositions plus our spin on various old familiar favorites. The group has performed for dances and concerts and at restaurants, coffee houses, private parties, music festivals, street scenes, and religious services as well as nursing homes and various fund raisers and benefit concerts. Sinai Mountain Ramblers were the first klezmer band to play at Doc Watson’s annual MerleFest. We can be found playing our music in front of Schiffman’s on S. Elm Street the first Friday of every December for the city’s Festival of Lights celebration.

The unique sound of the band can be traced to their diverse musical roots and influences which include dixieland jazz, folk, blues, swing, classical, bluegrass, old-time and more. Whether playing an instrumental piece or singing in Hebrew, English, or Yiddish, the group has a way of playing real authentic Jewish music in a style that is very accessible to the average listener. Live performances by the Sinai Mountain Ramblers include a cross section of material that is, at various times humorous, spiritual, danceable and just plain fun. 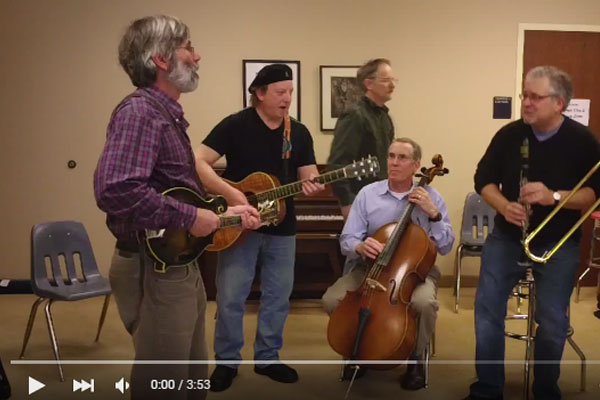 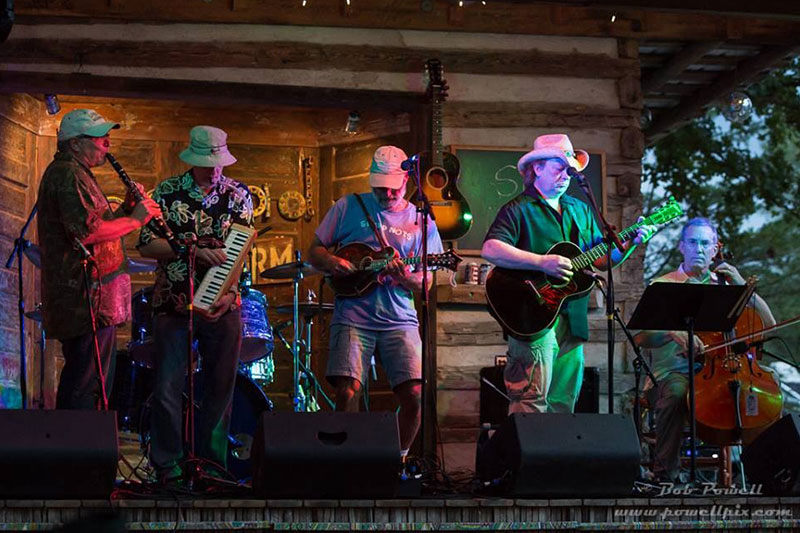